I must say that social media certainly has its advantages!  Our family grew up with a certain young man and through the years and time, we all lost contact.  We moved away – he joined the Air Force – and we just lost each other thru time.  There were no cell phones then, only paper and pencil in which to keep in touch and the rotary type phones (either hanging from the wall or sitting upon a table).  Anyone remember those?  Here, let me show you should you not know… 8)

So, with that said, he was a vital part of our home and family life as we were his.  He was – FAMILY.  It has been years since we have seen him and/or heard of or from him.  Though, thru this time we always wondered how he was and hoped he was well.

This morning, my older brother texted me at 7:00 a.m. and asked if I had a chance to try and locate him thru Facebook (as we discussed on my visit a few weeks back).  Blurry eyed and not quite awake yet I replied that I had not, but I would look into it when I got up and got my day started.  Once I was more awake and after getting ready for work, I proceeded to do a Facebook check of his name.  His full name, including middle was not there.  So, using just his first and last I began my search.  And, wouldn’t you know – there were many in which to choose.  One by one I went until I located a gentlemen I thought might be him.  I proceeded to open his page and message him and stated the facts as they are:  “Good day Alan. I am looking for an Alan originally from Homestead, who was in the Air Force, whose brother lives in Atlanta and whose mom lives in Ocala. Are you him by chance? I hope you are well and have a great day. Thank you for obliging me in this crazy message.”  It was a chance I had to take.  I had to know.  Would you think I was crazy?  Lol.

Upon receiving my message, he responded:  “Depends.. Is this Dawn Marie from Homestead whose dad would find me and Randy anywhere and everywhere we weren’t suppose to be?”  It was him for sure!  I couldn’t believe it.  We were both so excited to finally be back in touch after all this time.  And my brother, well, he was very happy I found him.  We chatted for a while, exchanged contact information and though I wanted to chat all day, I felt I must get back to work.  If I must…

So, without the social media we have in this day and age, I probably would have not located such an important part of our childhood and our family.  To this I say kudos to social media.  One of the main reasons I do really like it.

Everything happens for a reason and though time all works itself out.  The Angels were looking upon us this day and guiding us back together.  The way it should be after all this time. 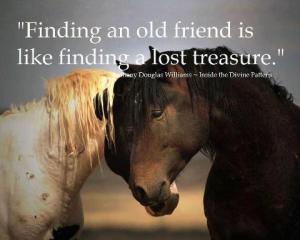 LOVE THIS! So powerful and beautiful.

This morning I woke

In an ancestral cage

Passed down and cleansed with grandmothers

All the victors have fallen for

And all we have overcome

I swung back and forth

Allowing the tears to come

Grief takes up chapters in our story

As does the peace, awakening and love

Yet today I chant a tear note melody

The wailing of a mother’s fractured heart remedy

I do not feel beautiful

My soul is bowed in a pale shaded woe

And I will rock in this cage 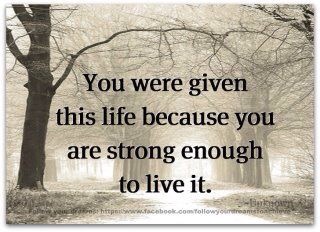 Sometimes it is easier said than done, but at the end of the day there is no better way than to be a “Warrior” and not a “Worrier” in this day and age.  Worrying never solved anything, but being a warrior – well that’s another story.

Worrier – [wur-ee, wuhr-ee] :verb (used without object), worried, worrying. 1. to torment oneself with or suffer from disturbing thoughts; fret.

You can be a warrior of anything in life.  It can be someone who overcomes fears, a warrior for your health, the thought of being hurt in love (again), taking your life back during and/or after an illness, or just by being an honorable warrior for your family and friends and those little furry babies we all love so much and who cannot speak for themselves.  Be a warrior in life, in your life.  Be yourself, not who someone thinks you should be.  Fight that fight for yourself – for your inner being because at the end of the day there are always ways in which one can be a warrior for his or herself.

Trust me and trust in yourself – there is no better way than to be that “Warrior” within and not the “Worrier.” 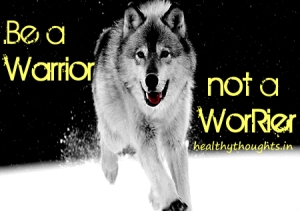 A reminder from a fellow blogger and it is a great read! Thank you!

In the Navy, leadership is taught on a daily basis. We constantly exchange ideas and concepts. One constant phrase I keep hearing is “the big picture”. The members of my upper chain of command are always stating we need to stay focused on the big picture. There is a concept we will miss seeing the forest because we were too focused on the trees. I agree with this to an extent. The big picture is important to keep in sight. However, it is equally important to focus on the individual brush strokes. Find out where it came from and take notice on how it was applied. See how well it blends with the surrounding colors, or see how it stands out.

How many times do we neglect those around us for the sake of completing a task? I’m sure it’s more times than we would like to admit. That task…

Calling all Warriors!  You know who you are – all you have to do is look in the mirror.  We, of course, have our warriors out there protecting us and defending us on a daily basis a/k/a our Armed Forces men and women, but I am referring to the warrior you are and/or can become should you find yourself doubting yourself.  You are a fierce individual who has more fight and courage than you know what to do with.  All you have to do is believe and have faith!  Have faith in yourself and believe in yourself!  You have no choice, you must.  If you don’t no one will (they can’t give it to you and/or make you have it) – for when you have faith and belief in yourself, it shines thru and everyone can see it.  You feel better about yourself, your head is raised a little higher and you know deep down that whatever is thrown at you, you got this.  You got this because you have the courage, the faith and the belief – courage, faith and belief in yourself that you are a fighter, a warrior, and a survivor of life.

YOU GOT THIS!  NEVER DOUBT YOURSELF.

Thank you for taking a little time out of your day to read a little light.  Cheers and please feel free to share with others who might need a positive light.

With light, love and guidance!

Be Your Own Warrior 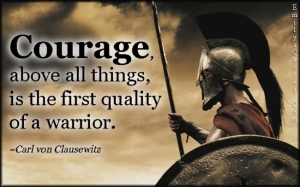 Good morning from Long Beach/Alamitos Beach where I am joining you via the Special Olympics!  Yes, why not blog as I am awaiting digital work from my photographers.  8)  The athletes are amazing and the volunteers that I have met are super nice.  Everyone is honored to be here helping out.

What a weekend! We had the opening ceremonies on Saturday and the first day yesterday, Sunday.  I was so tired that by the time I got home I slept 15 hours with no dinner.  I even missed my honey’s softball game that I like to go to in order to cheer him on.

With that, welcome to the last week in July, 2015. What a beautiful day to be here with you and enjoying the special day with such special athletes!!  Life is special and a gift ~ so no matter what you are going thru, please take time out to appreciate where you are in life and in the world at this time in your life.  It is a gift to wake up and “smell what the Rock is cooking!”  LOL!

Know that I am thinking about you all and wishing you all a fantastic day/week.

Cheers my fellow Angels!  With light, love and special guidance!

In life you have those moments when there are no words necessary.  Nature is at its finest, the birds are chirping, the air is clear and clean, the sun is shining, and you know deep down that there are, in fact, Angels around at this time because nothing could be more beautiful and peaceful.  Those times are priceless!  Don’t you agree…

We hiked that day down into the Grand Canyon, across the canyon and back up.  Yes, it took us all day and into the early evening.  Wow, what a journey.  There were more miles than I was anticipating, but we did it.  We were prepared, had plenty of water and food.  Rob is always prepared for adventures, especially those that take him outdoors.  So, I wasn’t too worried.

May your days be filled with light, love and blessings.  Cheers my dear friends.

You know that feeling you get when you finally get home, walk in the door, and all you want is peace and quiet and maybe some light conversation with someone.  That’s it, no TV, no radio, nothing more.  Just conversation and peace.  I find myself like that lately wherein I don’t want to watch TV, I don’t want to listen to the radio, I don’t want to hear people talking on the TV, radio, internet or any other device.  I don’t want to check my phone for messages, Instagram, LinkedIn, FB or any other social media.  I just want to be at peace.  I just want to play with my baby kitties.  I just want that glass of wine and light conversation.  Sometimes I get so tired of all of that and just want to be within the presence of self and enjoy the time with my babies and significant other.  But, give me some time to wind down and I like to blog with you and read your posts for a bit!  But, that’s it – nothing more.  (Sometimes you just need a break from it all.) Crazy huh?

Does anyone else get this way?  Or am I a lonely lady in this…

With light and love to you all!

There is something to be said for a slow day at a criminal defense law office.  I get to spend some time reading and blogging.  Granted, I should be working, but why?  I would rather be here with you instead of here at work.  So, let’s knock this day out of the park shall we…

Happy Wednesday my lovely angels!  I hope you have a fabulous day! 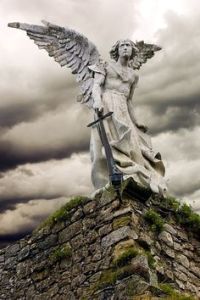