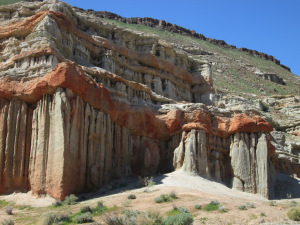 My Spring 2017 search for wildflowers drew me to California’s Red Rock Canyon State Park a couple of times.  I was hoping for a repeat of the glorious display of Desert Dandelions I had seen back in Spring 2015.  Alas, that was the not the case.

But there were flowers to augment the iconic iron-laden sandstone that welcomes visitors to the state park.  It was a relaxing afternoon—and I might go back again later this spring to see what else might be in bloom. 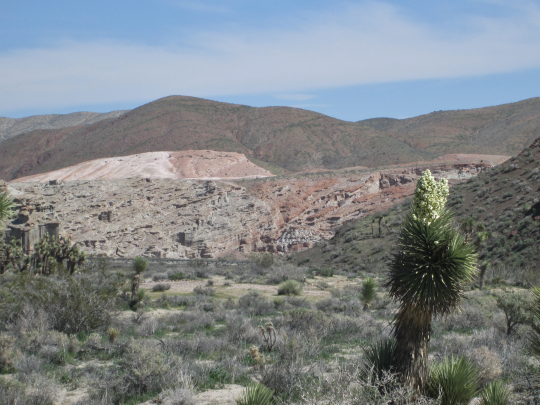 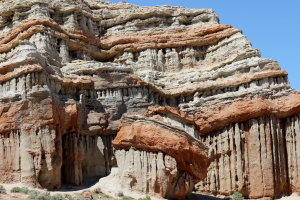 The iconic cliffs and buttes have been used in many movies and television shows over the years, including Buck Rogers (TV series), The Big Country, The Outlaw, Jurassic Park and 40 Guns to Apache Pass (Audie Murphy’s last film).  For size comparison, the “little” mushroom like formation is 25 feet tall. 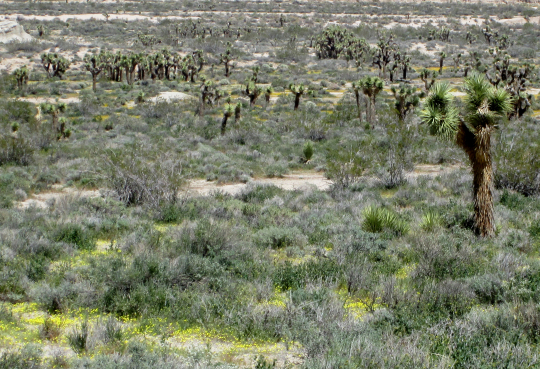 Throughout the grounds of Red Rock Canyon, various spring blossoms were evident.  No one…