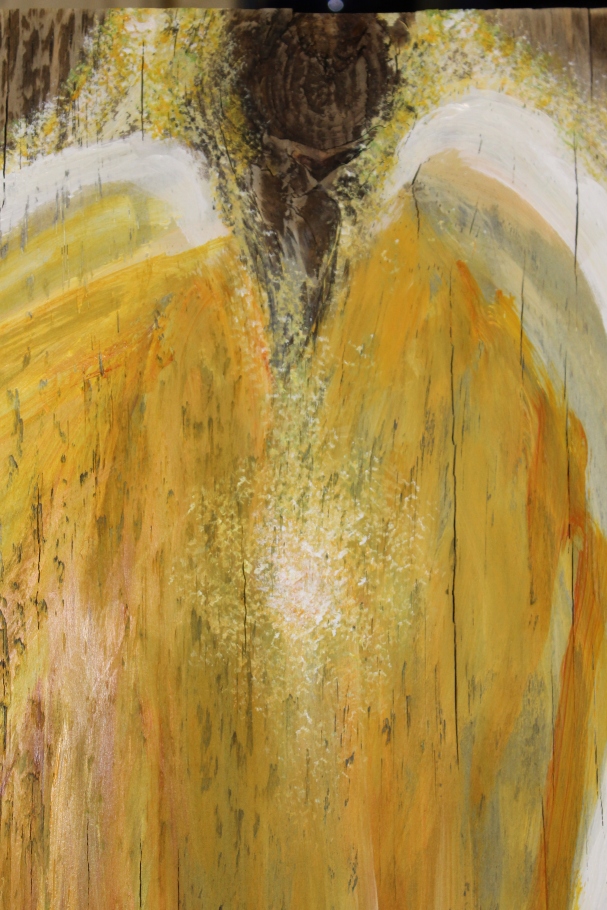 Close up of the Guardian Angel on reclaimed wood,  by JoAnne Silvia

I’ve been thinking about angels lately. About how the angel Gabriel appeared to Mary, a young virgin who was engaged to be married. He started out by telling her she was favored. “The Lord is with you, ” he said.

Mary was startled and confused. Who wouldn’t be?

So, Gabriel tried to comfort her before he delivered the big news:

“Do not be afraid, Mary; you have found favor with God. You will conceive and give birth to a son, and you are to call him Jesus. He will be great and will be called the Son of the Most High. The Lord God will give him the throne of his father David, and he will reign over Jacob’s descendants forever; his kingdom will never end.”   Luke 1:30-33 NIV

Can you imagine how Mary felt? How Joseph…

One thought on “Thank you, Angels!”